Our firm can address any aspects of the legal issues of clients with interests abroad, and people from other parts of the world who may have interests in Spain. We have a wide range of collaborators (“our circle of trust”) in Spain and in various parts of the world, allowing us to defend these interests where legislation other than the one we know is applicable, or when the issue is a specialty we do not deal with, offering the utmost guarantees. Our clients trust our (“our circle of trust”). They trust both our capabilities and our referrals of other professionals who are our “partners” in other areas, and our referrals of other professional who are our “partners” in other areas and specialties, nationally and internationally.

TORRALBA BERTOLIN ABOGADOS quality, people-focused and customised service, speed and efficiency, flexibility and dynamism are the main guiding action principles. And it has a team of professionals blending experience and youth, to face the challenges we face daily wisely and vigorously. Our goal is to be unlike traditional law firms, based on a pyramid-shaped and oversized structure.

Torralba Bertolin ABOGADOS is your “personal legal counsel”, considering not only your concerns, but also your objectives. We listen to you and find the legal solution best suited to your needs. 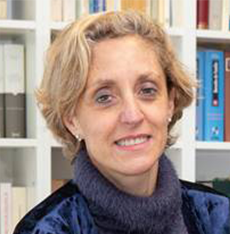 MARA TORRALBA MENDIOLA
Lawyer and Founder of the Firm

Holder of a Law Degree awarded by the University of Barcelona (1990), she then graduated in European Law at the ULB (Université Libre de Bruxelles, 1991). She completed studies for Company Executives and Tax Experts at the Abat Oliba-CEU University Centre (Barcelona, 1992). She has been a member of the Barcelona Bar Association since 1991. Before founding her own law firm, she practised the profession at the TORRALBA ABOGADOS (1991-2009) law firm, where the focus of practice were procedural civil and commercial law, contract, banking, and distribution law. She then joined GTY ABOGADOS (2009-2011) as a partner, with a special interest in developing the international client base of the firm.

In all this time, she divided her time between her professional work and teaching, as she was a civil law teacher at the Abat Oliba-CEU University (Barcelona 1992-1997), at the Columbia University (NY, 1997), and at the University College of Business Studies (Barcelona, 1998-2008). 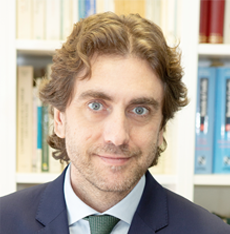 ALVAR BERTOLIN GUTIÉRREZ
Lawyer and Partner of the Firm

Holder of a Law Degree awarded by the University of Barcelona (1999), he studied a Master’s Degree in International and Community Lawyering at the Instituto Superior de Derecho y Economía [Further Institute of Law and Economy] (ISDE) of Barcelona (2000), and completed an internship in international and community law at the firm LMT AVOCATS, in Paris (2000). He has been a Member of the Barcelona Bar Association since 2000. Before collaborating with the MARA TORRALBA firm, he practised the profession at the GARRIGUES ABOGADOS law firm in Barcelona (2000-2003), where his main focus was legal-commercial consultancy for national and international companies, commercial, civil and real estate contracts, corporate law, mergers and acquisitions (Due Diligence procedures), and industrial and intellectual property.

He then joined the company LÉKUÉ, S.L. (in 2004), as a company lawyer, especially centring on the legal coverage of all activities of this company, where he was appointed as a non-Board Member Vice-secretary of the Board of Directors.

Subsequently, he founded his own firm to work on developing national and international clients in areas including commercial law, corporate law, international, commercial, and civil contracts, industrial and intellectual property, in addition to the urbanism and real estate specialties.

See all the areas we can help you with.

CONTACT US
Ask us for our legl opinion
with no commitment

TORRALBA BERTOLIN ABOGADOS is a founding member of ACUTA

WE ARE MEMBERS OF THE FOLLOWING ASSOCIATIONS

We use cookies on our website to give you the most relevant experience by remembering your preferences and repeat visits. By clicking “Accept All”, you consent to the use of ALL the cookies. However, you may visit "Cookie Settings" to provide a controlled consent.
Cookie SettingsAccept All
Manage consent

This website uses cookies to improve your experience while you navigate through the website. Out of these, the cookies that are categorized as necessary are stored on your browser as they are essential for the working of basic functionalities of the website. We also use third-party cookies that help us analyze and understand how you use this website. These cookies will be stored in your browser only with your consent. You also have the option to opt-out of these cookies. But opting out of some of these cookies may affect your browsing experience.
Analytics
Analytical cookies are used to understand how visitors interact with the website. These cookies help provide information on metrics the number of visitors, bounce rate, traffic source, etc.
Performance
Performance cookies are used to understand and analyze the key performance indexes of the website which helps in delivering a better user experience for the visitors.
Necessary
Necessary cookies are absolutely essential for the website to function properly. These cookies ensure basic functionalities and security features of the website, anonymously.
SAVE & ACCEPT
Powered by