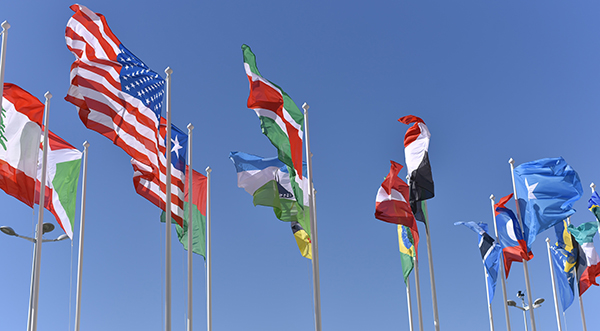 Ben Harper is one of my favourite musicians and poets around the world. One of my phone playlists named “Vueling” (used in my flights!!!) starts with the energizing song “Glory and Consequence”. And it’s true that when you start a journey with a friend, with your wife, or with a shareholders, you have to have clear that “every moral has a story, every story has an end, every battle has its glory and its consequence”…

The relationship between shareholders permits to build a strong trust link in order to achieve the main goal of whatever business that is to create value and profitability.

The problem starts when this trust is broken. Hereby some notes about the regulation in Spain related to that specific problem, particularly when a shareholders could decide about his exit of the company or when the shareholders decide the exclusion of one of them, attending to the circumstances, in accordance with the recently modified Spanish Corporate Enterprises Act.

Shareholders not voting in favour of the respective decision shall be entitled to exit the company in any of the following circumstances:

• Amendment of the corporate purpose.

• Creation, amendment or early cancellation of ancillary commitments, unless otherwise provided in the by-laws.

• In limited liability companies, partners not voting in favour of amendment of the arrangements for the transfer of stakes shall also be entitled to exit the company.

• In company conversions and relocations of the registered office abroad, partners or shareholders shall be entitled to exit rights in the terms laid down in Act 3/2009 of 3 April on structural changes in trading companies.

• Others established in the by-laws establishing the procedure for accrediting existence of the cause and for exercising exit rights as well as the term for doing so.

• Failure to distribute dividends: Beginning in the fifth financial year counting from entry of the corporate enterprise in the Mercantile Registry, shareholders voting in favour of distributing dividends shall be entitled to exit the company if the ordinary general meeting decides not to distribute a dividend of at least one third of the legally distributable profit earned in the preceding year in pursuit of the corporate purpose.

• Limited liability companies may exclude partners who voluntarily fail to honour their ancillary commitments, or managing partners who breach the prohibition on competition or are ordered in an unappealable court ruling to indemnify the company for damages deriving from acts that run counter to this act or the by-laws or from the absence of due diligence.

• Specific causes for exclusion may be stipulated in the by-laws of corporate enterprises.

• The exclusion of a shareholder with a holding greater than or equal to twenty-five per cent of the capital who disagrees with the decision adopted by the general meeting shall be subject not only to such decision, but also to an unappealable court decision.

• When the company fails to institute proceedings for exclusion within one month of the date of adoption of the respective decision, any shareholder who voted in favour of such decision shall be legally capacitated to do so in its name.

• In the absence of an agreement between the company and the shareholder on the fair value of shares, the identity of their valuators, or the procedure to be followed for their valuation, an auditor other than the company’s auditor shall value these shares. Such expert shall be designated by the mercantile registrar serving the place where the company’s registered office is located, at the behest of the company or of any of the shareholders owning the shares to be valuated.

• The auditor may obtain any information or documents deemed useful from the company and shall proceed to any verifications regarded to be necessary for the performance of his/her duty.

• The auditor’s report shall be issued no later than two months after appointment and sent by a notarised notification served upon the company and all shareholders concerned. A copy shall also be filed in the Mercantile Registry.

• The company shall pay the auditor’s remuneration. In the event of exclusion, however, the company may deduct the apply the percentage of the shareholder’s capital holding to the fees paid and deduct the sum thus found from the amount owed as reimbursement.

• Within the two months of receipt of the valuation, the shareholders concerned shall be entitled to obtain the fair value of their shares at the registered office as consideration for the price at which they are acquired or redeemed by the company.

• Unless the general meeting adopting the respective decision takes it upon itself to authorise acquisition by the company of shares from the shareholders concerned and order reimbursement thereof or deposit the sum involved, the directors, with no need for a specific decision from the general meeting, shall immediately formalise the capital reduction in a public instrument, specifying the shares redeemed, the date of reimbursement or deposit, and the amount by which the capital is reduced.

• When the company acquires shares from its shareholders, after the price is paid or the respective sums deposited, the directors, with no need for a specific decision by the general meeting, shall formalise a public instrument on acquisition of the stakes or shares, for which the consent of excluded or exiting shareholders shall not be required. Such instrument shall specify the shares acquired, the identity of the shareholder/s concerned, the cause for exit or exclusion, and the date of payment or deposit.

The harmonisation obtained by the Corporate Enterprises Act entails removing inconsistencies in legal terms, unifying and updating the terminology and, above all, doing away with the discrepancies derived from the previous legislative process (the Spanish Joint Stock Companies Act “Ley de sociedades anónimas” and the Limited Liability Companies Act “Ley de sociedades de responsabilidad limitada”. In this respect, the consolidated text has, to a very significant extent, generalised or extended regulatory solutions originally established for only one type of corporate enterprise, avoiding not only cross-references, but also having to resort to reasoning in pursuit of identical intention.

However, it is highly recommended to international shareholders holding shares of Spanish companies to regulate by means of a shareholders agreement all possible situations of exit and exclusion particularly applicable to the concrete company and taking into account the nature of the shareholders. And it will be also important to establish a quick and efficient procedure of exit or exclusion of that shareholder, not affecting this situation to the due and ordinary course of business of the company because if not the starting of a battle between shareholders could have negative consequences and not too much glory.